Inicio - My first menstrual cup, 🏅lily cup one for beginners

I am going to tell you about my experience with my first menstrual cup. Lately I received a lot of information about menstrual cups that if friends who had tried it, some news in the media and also influencers on Facebook. But as always happens in this type of novel and semi- taboo things , there is little clear information and you think that it may be a fad or a new invention that will be forgotten in time.

Motivation to wear a menstrual cup

But I want to tell you that all are advantages . For me personally, this situation was similar to the principle of wearing tampons. I remember what I asked my mother but she had never brought it and she recommended using other types of solutions such as compresses. But when I tried them with the help of my friends it was quite a change. The live the days of menstruation was totally different because I no longer worried about being noticed and if there were leaks, what to wear dark clothes, loose and was not forced.

I also have to add that I am a respectful person with the environment. I am convinced that we can be more sustainable and reduce our waste and garbage drastically. That also made me think, that I should at least try and try it. The first thing I did was, besides reading news and posts in the press, ask my friends to see how the experience had been. I also asked my gynecologist about his opinion to find out what he thought of science.

Which menstrual cup model to choose

Once I was convinced, it was up to me to decide which model to try. The truth is that there is a lot of information on each of the models and manufacturers. Let’s say that it is not completely standardized , each brand provides different characteristics that can make us opt for one option or another. In my case, I chose the first three brands on the market and began to analyze each product to select those that bestthey adapted to my physical condition. Since as you know it is important to select the appropriate size to avoid leaks and that it does not bother. Perhaps it is the delicate point to select the size. Generally, there are usually two sizes and the classification is quite clear if you are under 25 years old and have not had a natural childbirth, select the small size, and if not the large size.

Advantages of the lily cup one

In my case, the size of glasses I had seen was somewhat large and I was worried that I would have trouble using them. One of the main reasons for my reluctance until then was the size of the glasses that I had seen: they were too big and it was very difficult to place them easily and, above all, comfortably and without pain. For this reason, when I started looking, I discovered this small version created especially for beginners . This model had everything you were looking for, made from 100% medical grade silicone, it was small and compact. It also folded to store in its case that fit perfectly in any of my bags. 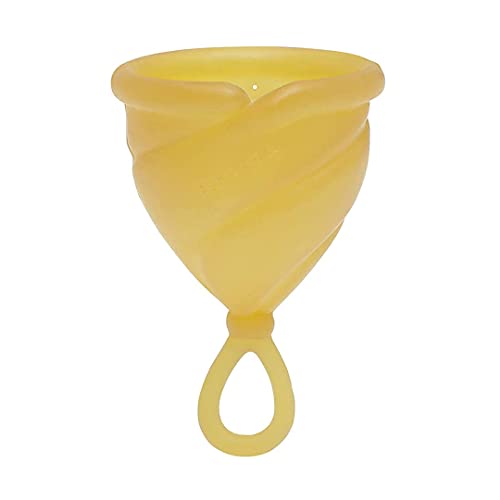 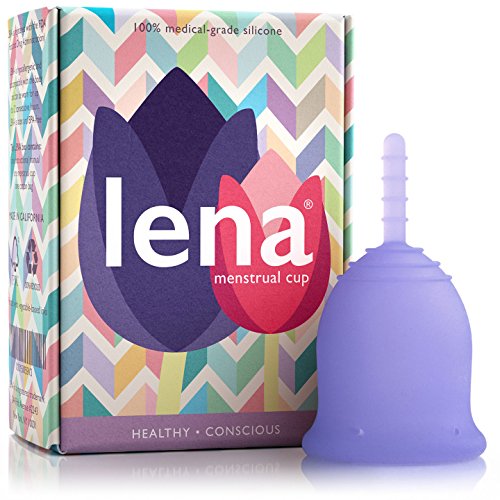 How to remove the menstrual cup?

I suppose you will understand me, as my other fear was not the moment to withdraw it. It was not clear to him about pulling the tails of the ones he had seen. This is why this model also convinced me because it has a kind of ring to pull easily. It is also designed to facilitate removal without any loss.

My first day was several, I have to confess. Since one of my best friends recommended that I practice insertion and extraction before having my period. I have to tell you the truth, it was quite difficult to put it in the correct position, but hey, practicing in the end I got it. Like other things in life, practicing makes teachers. Once you get the procedure it is super easy, but the first time you are very nervous, the instructions, the gadget that you do not know how to take it, also knowing your body internally.

The folding of the menstrual cup

If that was something complicated. I tried to fold it in the two positions explained in the instructions: folding it twice to form a C and, the second time, making a V-shaped inward fold and creating a kind of arrow. This last fold was the easiest option for me to get on.

Then to ensure that it was properly placed I did the test that indicated the instructions to turn it to make it open and place it well in place. I spent a while with it on. At first it was somewhat annoying, I suppose because of the novelty, then my body got used to it and I barely noticed it.

My first time with the cup and the rule

Later I faced her with the following rule and the truth is that it was on wheels since I already knew how to place it. As I was not very confident, I used a panty liner in case there was a leak. But it didn’t stain anything and I had it on for quite a while. As I did not know how the capacity thing would go, I decided to extract it at eight hours. I did it in the bathroom at home, having washed my hands well before. The process was as indicated in the instructions, first I lightly squeezed the base to break the vacuum it forms and then slowly pulled the ring. It was not too bad either, similar to removing a tampon, since if you go carefully it does not mess anything. What I do think is that having previously used tampons makes it easier to use the cup. Perhaps if you have never used tampons it can be more problematic to start with a cup.

Regarding his capacity . During that time only a third of the cup was filled . I was surprised as compared to pads they seem to fill up more. I guess because of the absorbent and the discomfort of wearing them. Ultimately it was a relief entire process of the first time and no I was not at all difficult or annoying . Then some doubts arose like taking her longer and sleeping with her. But everything went smoothly. It is a bit of a hassle to wash it at every change, I usually wash it in the bidet, rinsing it with cold water. And as recommended in the instructions, I boil them for about 5 minutes before storing.

After that moment, tampons and pads have left my bag and closet. I consider it to be the most economical and environmentally friendly option . I encourage you to try and tell your experience so that we can be many more. The truth is that I think «how could I manage without the menstrual cup before I met her.»

If you want more information about menstrual cups , we have put together an article with everything you need to know.